Moving Video Observations from a Requirement to an Invaluable PLC Staple 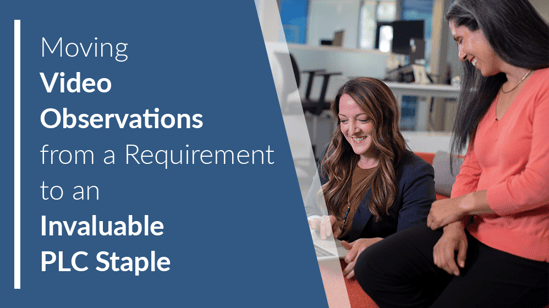 Scheduling coaching observations can be a challenge when multiple schedules need to align in order to observe a specific lesson segment. In my district, video coaching allows mentors, coaches, and peers to provide meaningful feedback on the lessons and classroom interactions teachers most want support with, regardless of their individual daily schedules.

Teachers in my school were apprehensive about recording themselves at first, but with experience they’ve grown so much that they are actually asking to record themselves more these days! Here’s how we helped shift the perception of video observations in our district from something a little intimidating to an important part of our teacher development efforts.

Our district began using ADVANCEfeedback about five years ago as part of an E3 grant, which included some minimum requirements regarding our use of the platform. Initially, we asked all of our teachers to submit a self-reflection video once a month.

We also use ADVANCEfeedback in our Supporting Teacher Effectiveness Program (STEP) professional learning communities (PLCs) to calibrate teaching—and even just to see one another teach. STEP PLCs provide time for our teams to plan, analyze data, and discuss teaching practices; but we don’t have many opportunities to actually observe one another in the classroom. As a team, we decided that we would each record ourselves delivering a lesson we had planned together and then share the recordings with our teammates. This practice offers a unique opportunity to observe the nuances of each of our teaching styles and to both provide positive feedback and incorporate new ideas into our practice.

When our special areas team was working on questioning, for example, they weren’t sure their students were capable of doing some of the things they were being asked to do. A couple of general education teachers recorded their classrooms to model students engaged in questioning. We’ve even had educators create videos to share with new teachers at other schools within the district who didn’t have teammates in their own building working on their content.

While the main purpose of using video is for coaching and self-reflection, our teachers also have the option to record themselves and submit the video for an evaluation rather than having an in-person session. Teachers aren’t the only ones who utilize ADVANCEfeedback. Our lead teachers, principals, and assistant principals also regularly submit videos to their peers and/or mentors for feedback and coaching purposes. When we first introduced the concept of video coaching, everyone was a little apprehensive. To relieve some of our teachers’ concerns, we asked them what their biggest fears were and tried to eliminate as many obstacles as possible until teachers felt more comfortable with the process. We took critical feedback off the table altogether and even asked that administrators not be present during the initial viewings. Some teachers were willing to record themselves, but did not want to watch their video. They were provided the opportunity to step out of the meeting while we viewed their videos. Initially, we asked other PLC members to point out only those things they liked about the videos they watched. It was a great learning experience, because even our newest teachers, or those who felt like they needed the most support, had strengths and ideas that their  teammates were able to adopt.

By focusing on positives, we encouraged everyone to contribute because they knew they were going to receive feedback about what was going well in their classrooms.

In the beginning, it seemed like some teachers were making the videos just to check the box. After the initial discomfort with the idea, however, most teachers came to appreciate the tools and saw the positive impact on their practice. We recently surveyed our teachers about next year’s STEP PLCs, and one of the things they said they wanted to do more of is watching each other’s lessons. We’ve gone from teachers being apprehensive about the process to asking for more of it. 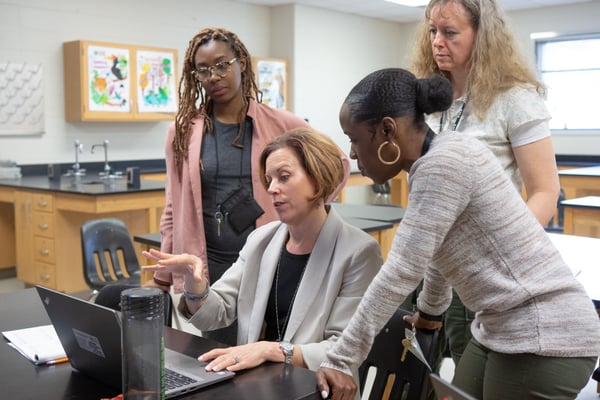 For us, video increased flexibility for everyone so much that teachers couldn't help but see the value.

It’s hard to overstate how important flexibility in scheduling is. If a coach or teacher mentor has four math teachers all on the same schedule, it would take them four days to observe one lesson from everyone in person. If those same math teachers are able to submit recordings of themselves, the same coach can watch them whenever it’s convenient, and no one even has to try to align multiple schedules.

But the flexibility extends beyond just scheduling. If I want to share a STEP PLC meeting for observation, I can record several and choose the one I want to send. This is particularly helpful with these meetings because they are so unpredictable. One week might just capture us tying up some loose ends, but the next week might be particularly meaty. Teachers have the same option, choosing not to submit a video when they were having a bad day—or going the other direction and submitting a video of a class in which they really struggled.

Video also gives instructional coaches the flexibility to turn the observed into the observer. Having teachers self-reflect on their own videos is oftentimes much more powerful than receiving feedback from a third party. While it’s quite common for teachers to point out the same components that I had noticed from their lesson, when implementing change is their idea, it’s much more likely to be sustained and therefore more likely to positively impact student achievement.

Utilizing video recording is a vulnerable process that can be quite intimidating. With a bit of practice and a safe, supportive environment, even the most reluctant teachers are sure to see the benefit. It’s only a matter of time before your colleagues are asking to use it more often. 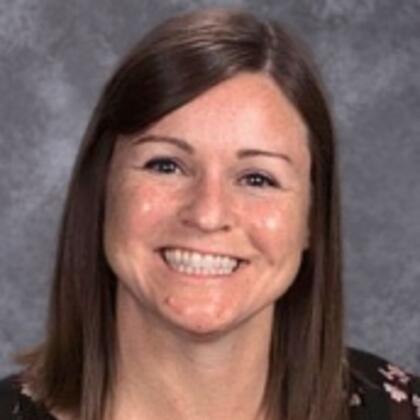 About the Author
|
Jennifer Keller