Creating a “Confident Vulnerability” Mindset with Your School Leaders 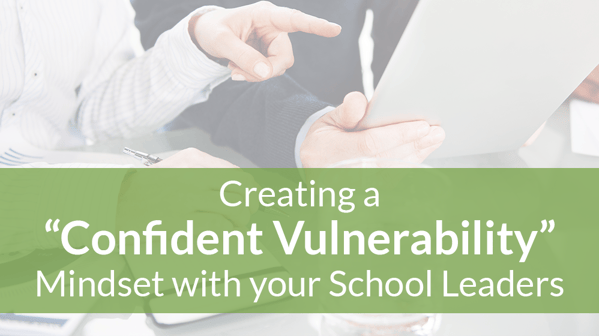 At Guilford Public Schools, superintendent Paul Freeman is on a mission to develop an attitude of “confident vulnerability” in every learner throughout the district. This means that every learner should be vulnerable enough to understand that they don’t know everything, yet confident enough to believe they can learn, improve and grow. Every Educator is a Learner

This mission includes students, of course, but Freeman says it extends to teachers, instructional coaches, principals, and even himself. He encourages educators at all levels to be vulnerable enough to recognize the possibility of improvement in their own practice and confident enough to listen to feedback and work to improve. He knows that his leaders can’t operate from a position of weakness and must demonstrate confidence. The key is leading by example. “We run a learning organization and yet we often struggle to practice and systematize the kinds of learning behaviors that we want to see in our classrooms,” Freeman says. 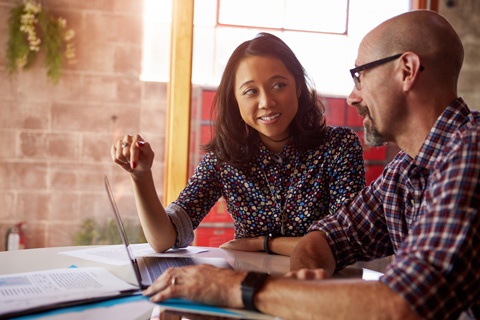 One of the most powerful tools Freeman has to help his team practice confident vulnerability is video. Freeman’s team actually started using video on their own, and he jumped at the opportunity to expand its use when he saw how effective it was.

“We were using video to a limited degree, mostly in the coaching model that exists in the district rather than in the supervision model,” says Freeman, noting that he prefers to interact with principals from a coaching rather than supervisory stance whenever possible. “Our building-embedded instructional coaches were using video as a tool to improve their own practice, then inviting teachers to use video as a reflective tool for themselves.”

Rather than filming their mentees at work in the classroom as part of an observation, the coaches were recording sessions with their mentees to reflect upon themselves and share with their colleagues to improve their own coaching practice and encourage teachers to do the same. The coaches saw benefits to their own professional development and, at the same time, demonstrated their commitment to their own professional growth every time they sat down with a teacher to provide feedback.

However, Freeman, notes, “It was also inefficient, since it wasn’t tied to our teaching framework and was inconsistent in implementation, stitched together with whatever we had on hand. Recently we switched to Insight Advance’s classroom observation, feedback, and coaching tool, which allows our principals and coaches to record from their phone and annotate the video, among other things.” 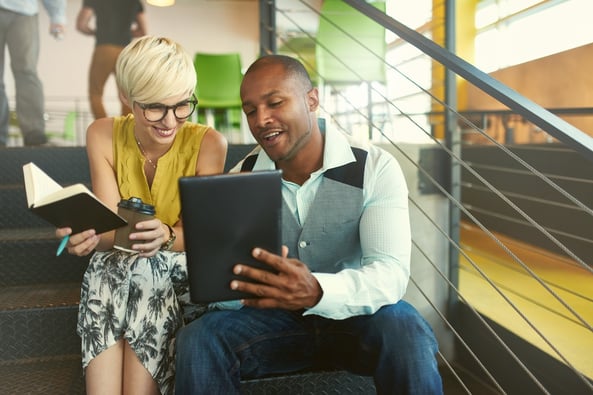 Focus on Reflection, Not Supervision

Freeman and his leadership team also decided to expand the use of video beyond instructional coaches to principals. “We did make it separate from the supervisory and evaluative process,” he points out. “I evaluate every principal every year, but this was a piece that I shared with them first, for their self-reflection.”

Freeman asked each principal to capture videos and share at least three of them with him each year—but only after they had reflected on them themselves. He encouraged them to share with peers as well.

“If a principal is confident enough to capture themselves on video, watch that video, share that video with a peer, and ultimately share that video to me so that I can look at it and we can then talk about the performance,” Freeman says, “that almost guarantees the kind of confident vulnerability and growth mindset that we're looking to support in every learner in the district, from the students in the classroom to every member of the leadership team.”

The use of video also bakes in a necessary ingredient of the vulnerability Freeman wants to develop in his learners: open self-reflection.

As part of Guilford’s philosophy of confident vulnerability, Freeman concludes, “We ask our principals to position themselves and their work with their teachers in the same way that we expect teachers to position themselves with the learners in their classrooms. We expect teachers to differentiate and personalize their instruction with every single child in the classroom, so our principals and coaches have to model that behavior.”

If you're an ed leader who is interested in encouraging confident vulnerability among your educators through video, take a few seconds to schedule a quick test drive of our ADVANCEfeedback platform below. 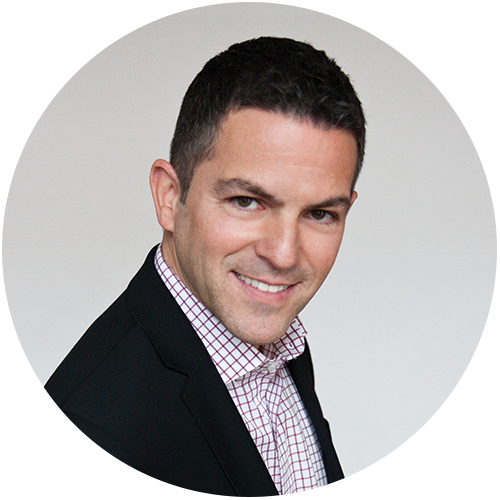 About the Author
|
Don Rescigno

Don Rescigno is CEO of Insight ADVANCE. In this role, he leads a team responsible for delivering teachers and administrators cutting-edge solutions, like ADVANCEfeedback®, that use the latest in audio and video technology to provide meaningful feedback and support to teachers through video-based observations, coaching and evaluations.